Understanding Legal Identifications on the GeoData Plus Property Report

The legal identification is a necessary part of any real estate transaction as it describes the land being conveyed and can identify any easements or encroachments that may not have been disclosed by the seller. It contains a detailed description of the boundaries of a piece of land as well as information about its location. These descriptions can be local by nature, so any land within a certain geographic area will typically follow the same sort of wording and references.

GeoData Plus has the legal ID available by aggregating public record data from a multitude of sources for properties in any state across the nation.

What are Legal Descriptions?

Legal descriptions must include the county and state where the property is located. Beyond that, it must contain enough information that a licensed surveyor could go back later and clearly identify the property lines. There are three methods of establishing boundaries that can be used in a legal description: rectangular survey method, metes and bounds, and the block and lot system.

Thus, the legal description found in GeoData Plus will be reflective of how each parcel has been measured and documented in that particular geographic region.

Below, are some other terms you might find under the Legal Identification section of a GeoData Plus property report. 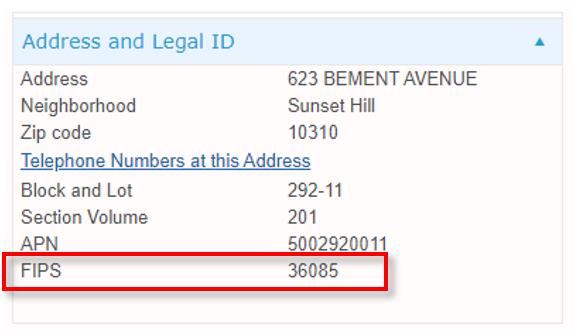 The federal census number is a 15-character code for every block and tract in the US, including Puerto Rico. It is made up of the FIPS Code, Census Tract and Census Block.

The format of APN strings can vary, but it is typically a concatenation of fields such as the section, block, and lot. The formatting is specific to the standards of the jurisdiction where the property is located. As seen in the example below, the “number” may include letters as well. 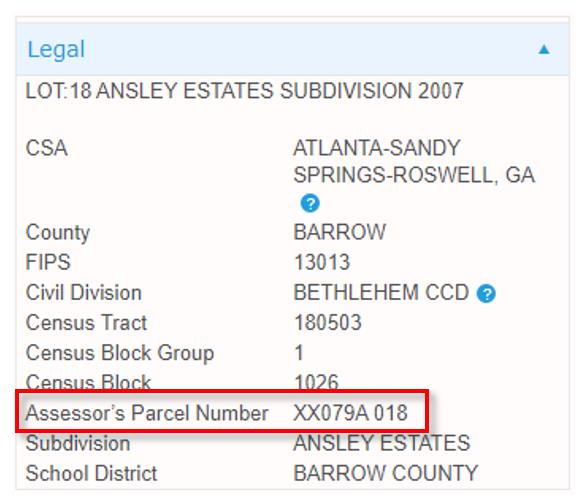 In conclusion, legal identifications can vary greatly depending on the geographic location and the conventions of local governments. GeoData Plus aggregates this public data so that our customers have the most information available to them for conducting their real estate business.

More from GeoData Plus

Simply fill in your contact information, then watch our demo video right away.